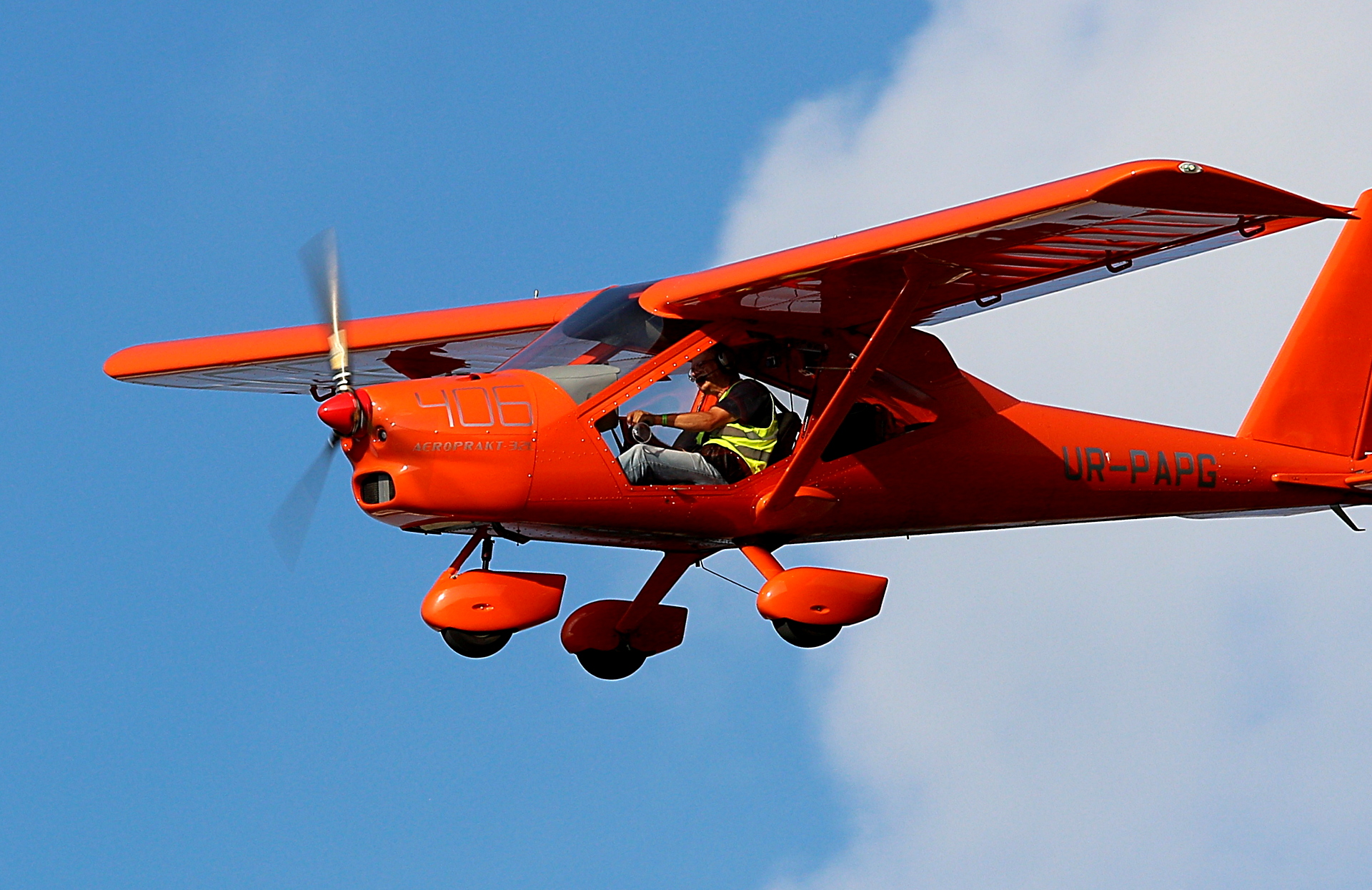 is the latest model in the Aeroprakt family. Before launch, the aircraft was designed and tested for over 3 years. Most of the design efforts focused on aerodynamics and drag reduction as well as on crew comfort. Then the plane was subjected to a very wide range of flight control programs to check whether the theoretical assumptions actually worked in air. The results speak for themselves!

A-32 is manufactured in two basic versions:

The new model has retained all good features of the A-22. The following points highlight the differences that distinguish both models.

The fuselage, consisting of three interpenetrating cones, has all the lines of penetration rounded or contoured with fairings. In the same way the wing roots and landing gear springs are contoured. The door design incorporates composite frames with convex glazing, which seal against the airframe to keep noise and aerodynamic drag to a minimum.

The drag reduction increased the cruise speed to about 180 km/h and the maximum speed to 220 km/h. At the same time, thanks to unchanged, thick wing profile, flight characteristics at low speeds as well as stall speeds remained at the same level as the A-22. This allows you to retain all the A-22's user-friendly features, while enjoying significantly higher cruise.

The width of the cabin is just 2 cm less than of A-22. The windshield curves up level with the top of wing, resulting in excellent headroom and refined aerodynamics. The fuselage 'monocoque' needs no diagonal struts inside the windshield, so there is an unimpeded, panoramic view forward. Additionally, there is no horizontal cross-member behind the seats and cable control system replaced the aielerons push rods. It results in easy seat positioning and excellent access to the luggage compartment in the floor behind the seats. The shelves above the door are similar as in A-22, there are also bottle pockets on both sides of the instrument panel. The unique visibility from the cabin has been fully preserved.

The closed doors are air sealed as well as the cabin itself. It significantly results in reduced level of noise and increased efficiency of cockpit heating. The ventilation system provides high level of flight comfort. The system of door locking has been completely redesigned. Now it requires no spring-loading, increasing service life and giving easy access and secure closing.

The high-set seats have two significant benefits for pilots and co-pilots alike - a great view over the nose and excellent knee room. There is no longer need to make cut-outs in the instrument panel for very tall pilots. These benefits have been achieved without compromising one of Aeroprakt's great signature benefits - there's no need to duck your head to see under the wing when you're flying the aircraft.

The seats, which tilt forward for luggage access, have storage pockets behind the back-rests and are adjustable fore and aft using a spring locator at the front of the seat.

A-32 is the first Aeroprakt aircraft that received an all-flying tail. There are three main reasons for it: 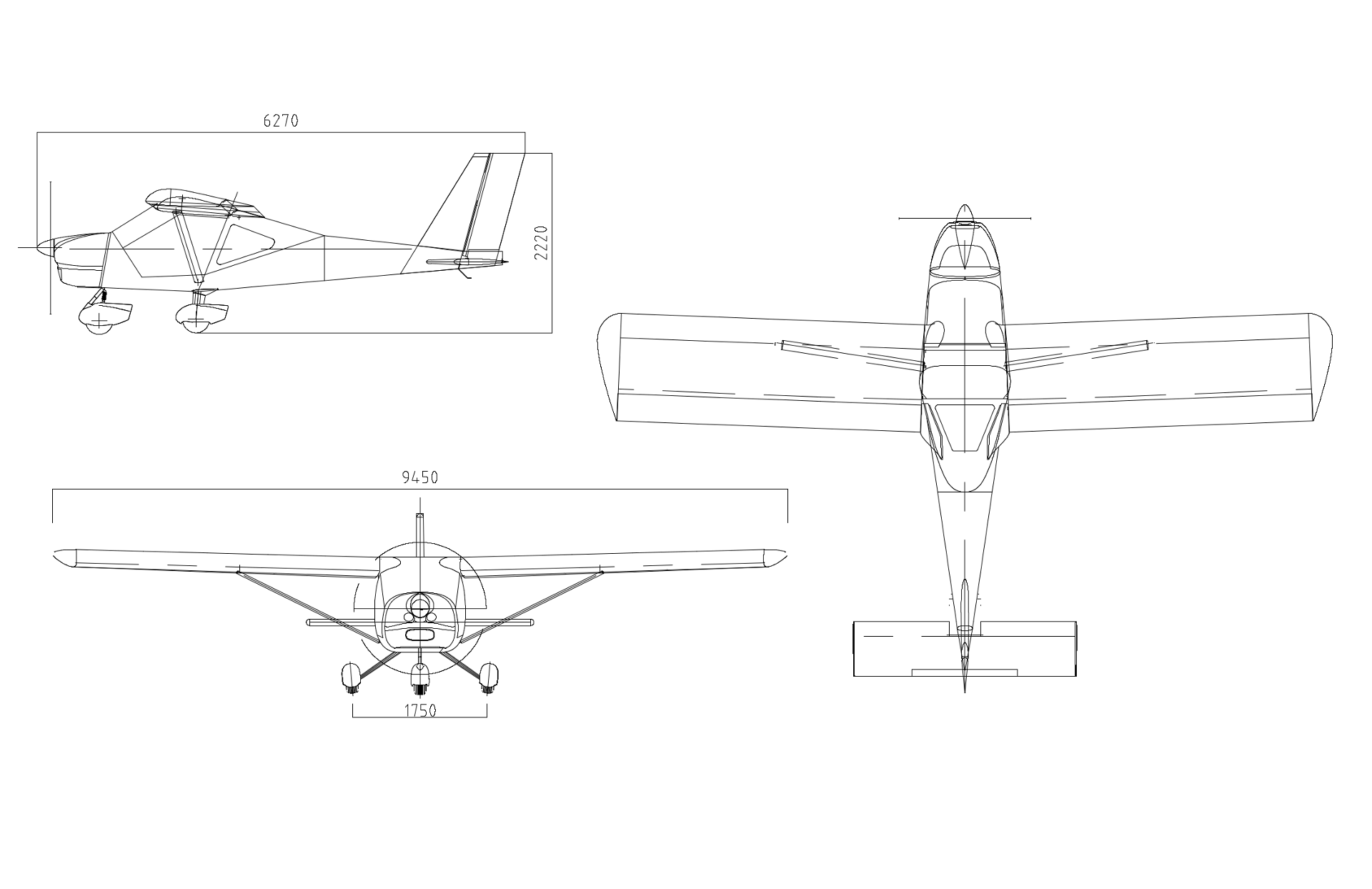